On 6 September 1965, 400 guests gathered in the gymnasium of La Barre school in Varennes to celebrate the 300th anniversary of Nicolas Choquet in America. The following photos were reproduced from those found in the Elisée Choquet Fund. The first consists of the table of honour. Unfortunately, no legend accompanied the photo. Recognize anyone? Let us know ! 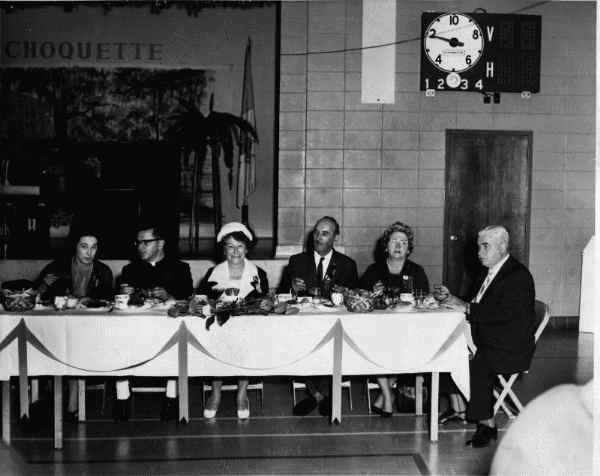 The second guest from the left is most likely Claude Choquet, from the Trinitarian Order. The balance of the guests remain to be identified.

Return to the 300th Anniversary