Not counting the well-known poet Robert Choquette, the family contributed many artists. Two of them make the headlines quite a bit these days: Natalie Choquette, signer, and Alain Choquette, magician:

Alain Choquette, a famous magician, was born on April 5th, 1962 in Ste-Adele, Quebec. His agency, Pierre Gravel International, has a Web page about him, of course. 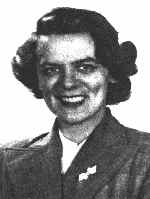 Author of novels and short stories, Adrienne Choquette was born in 1915 in Shawinigan. This intellectual is known for the quality of her material. She authored: La coupe vide (1948), La Nuit ne dort pas (1954) Laure Clouet (First Prize, literature contest 1961), and Confidences d'écrivains canadiens-français (1939). She passed away in 1973.

Adrienne Choquette was also popular for her talents as a swimmer. She won the Trois-Rivières (Three Rivers) Championship in swimming, all categories, in 1934. She also swam across the St-Lawrence river in fourty minutes in that same city.

Further, she was active on the radio scene in Trois-Rivières (channel C.H.L.N.) between 1937 and 1948. Following this career, she became co-editor then editor in chief of the Department of Agriculture's "Terre et Foyer" between 1948 and 1970.

"Adrienne-Choquette" has a street named in her honour in Shawinigan-sud.

"When authors move on, with very few exceptions, the event goes un-noticed. And this is fine. Individuals are but very small when there are no contributions. On the other hand, if they have involved themselves, their work is their legacy. When an author's work is orphaned, it is free to rendez-vous with its destination." 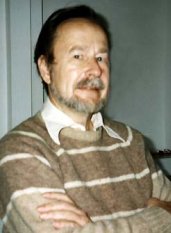 Gilbert Choquette visited New Bedford, Massachusetts, in July 1996. You can read an article about his visit in The New Standard, the local newspaper.