The Prince of Poets 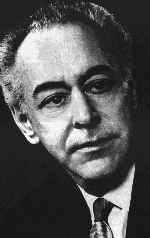 If there is one the Nicolas Choquet's descendant that had an exceptionnal career, it's Robert Choquette. First known as a novelist, poet and playwright, and then as a diplomat, Robert Choquette received many important distinctions, in his public and artistic life.

He is certainly the most mentionned Choquette in the Who's Whos, and Encyclopedias, in French as in English. He was born in Manchester, New Hampshire, April 22 1905. He was the son of Dr. Joseph Albert Choquette (born in Marieville, Quebec) and Arianne Payette. In 1914, his family moved to Montréal, Quebec, where he underwent his classical studies (1917-1921).

In 1961, The French-Canadian Poets Society named him "Prince of Poets".

Around 1936, Leo Cox wrote about him Canadian Forum:
"To French Canadians Robert Choquette is the full crystallization of their Latin force working out their destiny in an Anglo-Saxon new world. His work over the air has accomplished more than anything else to raise the consciousness of the French Canadian race and language".

See the description of the Fonds Robert Choquette at the National Library of Quebec.

In 1963, Robert Choquette was appointed at the Centennial Commission, and from 1964 to 1968, Canadian Consul-General to Bordeaux, France. From 1968 to 1971, he was Ambassador to Argentina, Uruguay and Paraguay. 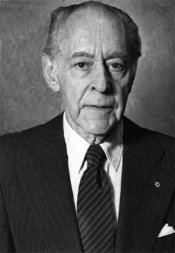